My husband and I have been decluttering our basement, what I have called, my area of secret shame. We made great progress on his birthday when we both had decluttering momentum going for us. Since then, it’s been slower progress. We have been fighting feeling overwhelmed and decluttering the basement one corner at a time. 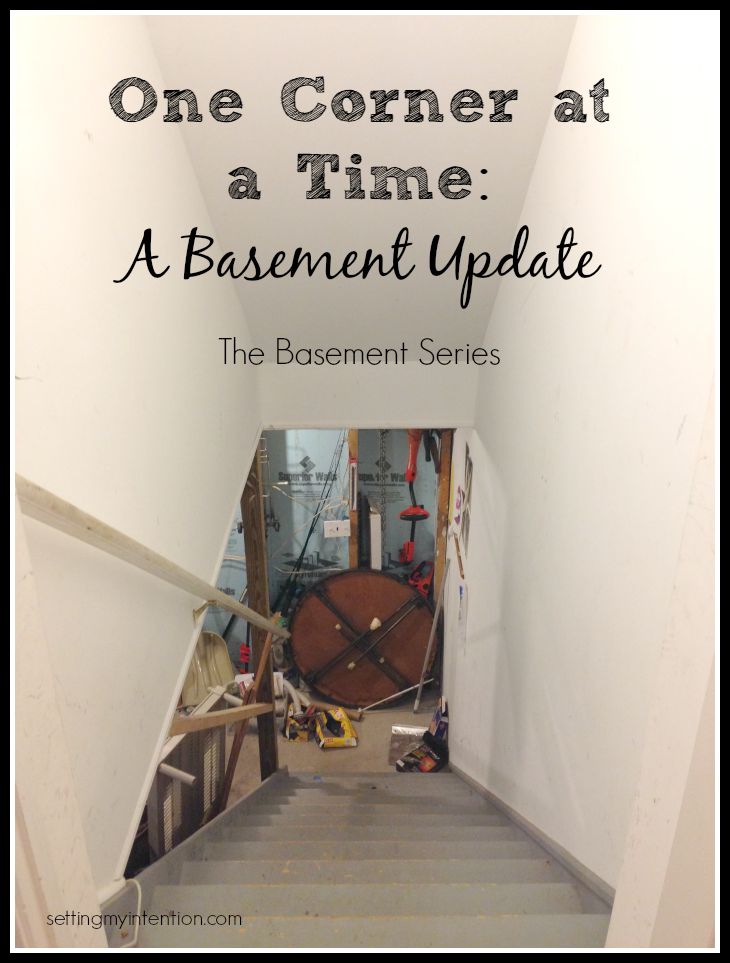 When I started decluttering our house, I declared a clutter free zone in the kitchen. Every time I looked at it, it reminded me that a clear counter was possible. Even when every other inch of the counter was full of stuff, it brought a sense of order to the chaos. My husband and I discussed using this method for our basement project. We declared the stairs a clutter free zone. The basement may still be in a state of chaos, but the stairs are kept clear on a daily basis. It is a reminder to us of what is possible in the basement.

Ever since we cleared out recycling and trash in the middle of the basement, we have come to a slow halt. Neither one of us has felt motivated to declutter at the same time. When I have felt motivated, I’ve taken things down off of shelves, but I usually don’t get very far since I’m not sure if the items should be kept or tossed. I’ve tried to pile things into similar categories, but that only results in piles all over the basement floor.

In order to make progress, we need to work together. I motivate my husband to make decisions and he decides what stays and what goes.

The past couple of weeks I’ve gone down to the basement and just stood there looking around. It’s easy to get overwhelmed with the amount of small items that need to be considered. To be honest, I have been overwhelmed, and usually walked back upstairs, too tired to do anything (see tips on best times to declutter here).

Put the Needle on the Record

I finally walked back to the furthest corner of the basement where our sump pump is located. This corner has shelving that will be ideal for items that will be kept. There are two shelves of vinyl records back there and several shelves of scanners and printers for a project that my husband wants to do someday. I was hopeful that we could agree to donate/recycle/trash some of the items there to free up some space. 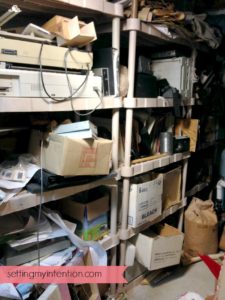 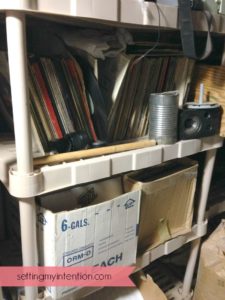 Since our record player is not connected anywhere in the house, the records don’t get played. I casually asked my husband, “so, the records, what were you thinking about those?” He stated that one of the boxes was his brothers (ok, texting him now to let him know they need to be reclaimed); and that one of the shelves were old family records (“old family records that need to be kept?”).

He managed to reduce his keep pile from two shelves to one. During the process, I tried to gently encourage him to evaluate them with these things in mind:

He made a good point that the reason why he has them on vinyl is because they’re not available on cd or digital download. I’m not positive that’s true, but I’m pleased that we were able to free up some space. 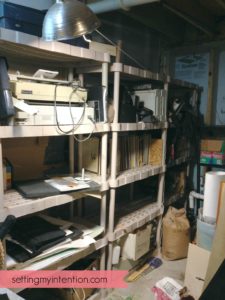 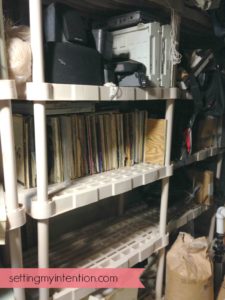 We also talked about the printers and scanners in the shelves. They are for an art project my husband has a vision for. My husband’s brother suggested awhile ago to set a deadline for the projects that he wanted to do. If he didn’t complete them within that time frame, then he would take that as a sign to get rid of the items for that particular project. My husband is open to that idea.

We filled up two large black trash bags and 1 large bag of recycling filled with student artwork and our children’s drawings from years ago. My husband was able to let go of things he had been holding onto because they were functional in the past. He realized that they were no longer useful in the present and he was able to release them. 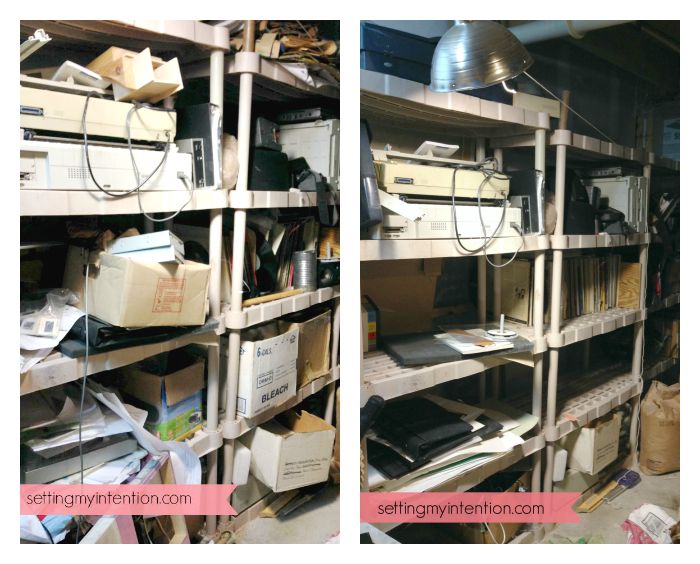 Before and After Bookshelves

Before and After Records

I was really proud of him. He recently said, “You know, I used to come down to the basement and think – ooh, ooh, space (to store things in clever ways)…now I come down and think – ugh, stuff that I now need to deal with”