Do you want to hear a funny story about the lady who kept an object for over 19 years because she thought she should? Well you’re in the right place! Decluttering sentimental objects isn’t one of my top struggles when it comes to minimizing, but one particular gift has been boxed up in our house for over 10 years.

Once upon a time there was a boy and girl who started dating. The boy didn’t have much money…actually, neither did the girl. So when the boy gave the girl a gift, it was a very big deal. The girl appreciated the thought and hours of work that the gift symbolized.

Fast forward 19 years and that girl (me) still has that gift from the boy (my husband Gabriel). Here is the beautiful gift:

Isn’t it a lovely tea set?

We did make an effort to use the tea set several times when I first received it as a gift. When we stopped using it, I displayed it on our bookshelves. I dutifully moved it from apartment to apartment until we finally moved to our current home. It sat for ten years like this: 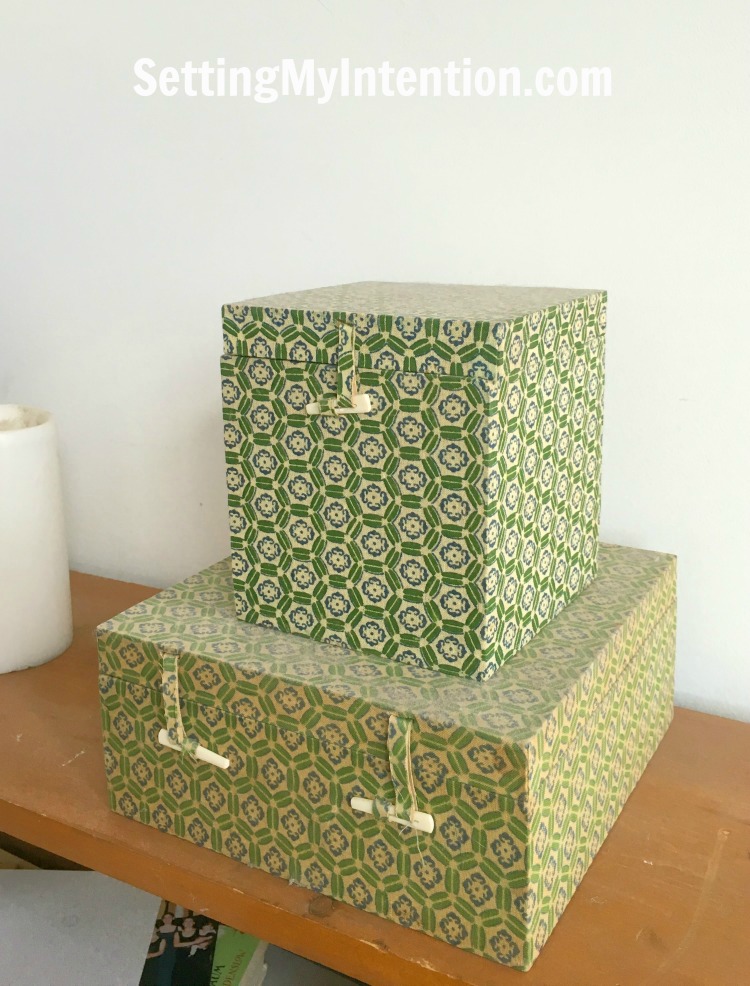 Can you see the thin film of dust on the top? I never unpacked it when we moved into our current home and we honestly haven’t missed using it.

At one time I put it in a bag for donating, but then took it out again because I felt guilty. Here are some of the rationalizations that ran through my head:

“This is one of the first gifts Gabriel bought me. I should really keep it”

“These boxes are so pretty I’d like to keep them and use them – but what would I put the teapot and cups in?”

“We probably could use the set if we made some effort…”

There are some things that I know about myself:

So after tucking the two boxes away for several more months to see if I might miss it, I drummed up the courage to ask my husband about the idea of donating the tea set. Part of me did NOT want to even talk to him about it. I didn’t want any more guilt or pressure to keep the set. I thought for sure he would say something like, “Really? That was a gift from me to you…you really want to donate it?”

You know what he actually said?

“Great! Every time I saw that piece of pottery I felt horrible.”

It turns out that when he discussed Japanese pottery with my Korean father, he was educated about the Japanese oppression against the Koreans during the early half of the 1900s.

I don’t think it was my father’s intention to make my husband feel bad about purchasing Japanese pottery, but in the end, the tea set also makes him feel guilty.

What is the lesson here?

So for the past nineteen years, our family had used, displayed, and stored this tea set that invoked guilt in both of us.

I learned a valuable lesson from this one object – the importance of communication. I made some assumptions about what was important to my husband and kept something out of obligation that did not need to be kept.

Yes, I did have a sentimental attachment to the idea of the object, but it turns out that I didn’t need to keep it stored away in a box for the past ten years.

I know that my husband gave it to me in love at the time that he gave it to me when we first started dating. I’m holding onto the sentiment, but I’m letting the object go.

It turns out that the girl doesn’t need to keep the gift to appreciate the gift giver.

What have you been holding onto out of guilt? Is it time to let it go?

PIN IT FOR LATER: 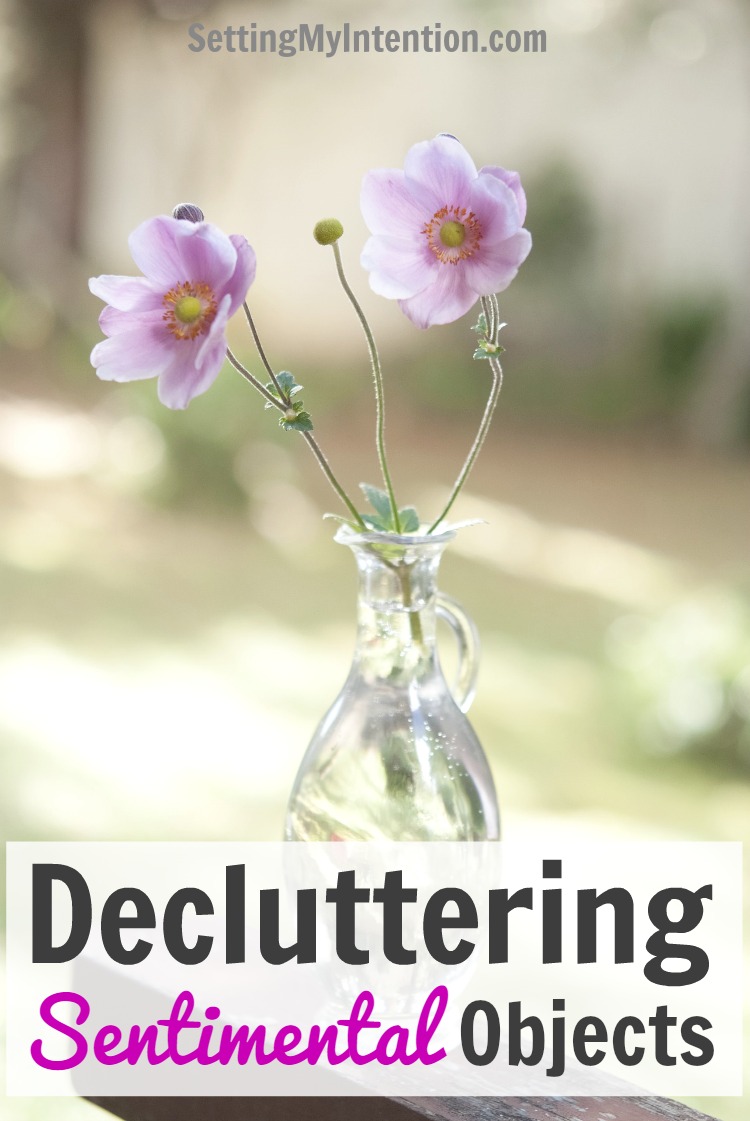