Although you wouldn’t be able to tell from the weather this week, the heat and humidity has already started where we live.  We decided to move all 3 boys in one room for the summer months (maybe longer) in order to run only one air conditioner on the really humid evenings.

I had the urge and energy to declutter the two bedrooms last weekend and took advantage of it! Decluttering a lot of their toys before helped make the process a lot easier. 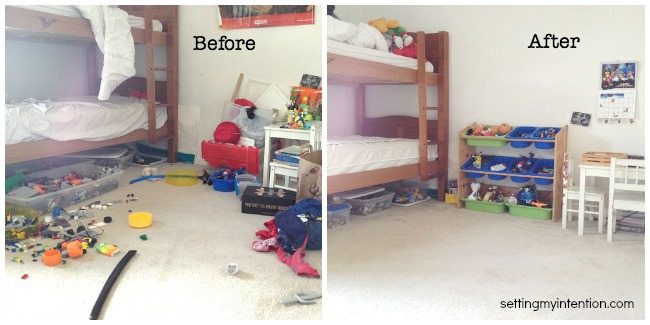 The nice thing about this time around was involving my sons in the process. My youngest son actually gets excited at the idea of cleaning up his bedroom. It’s pretty adorable – strange to me…but adorable.

The house is at a place where the clutter is not overwhelming me and I am trying to take the time now to declutter with my sons and model habits for them. When I started getting serious about decluttering the house, I went through their things and made executive decisions about whether it was leaving the house or not. 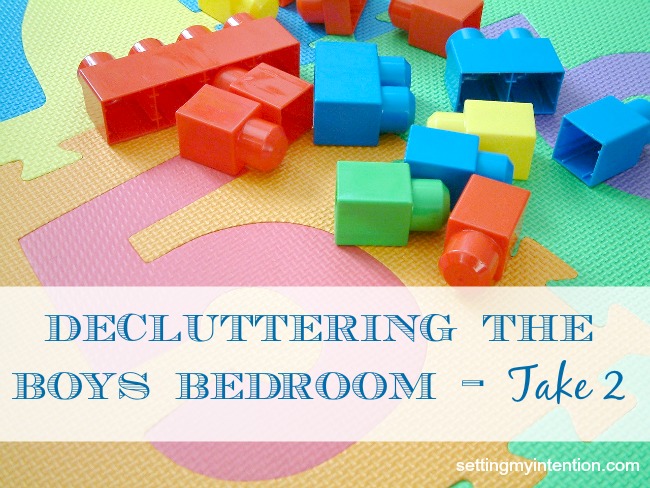 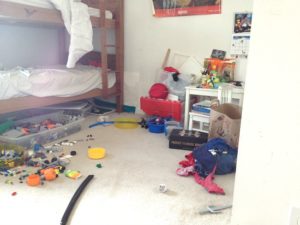 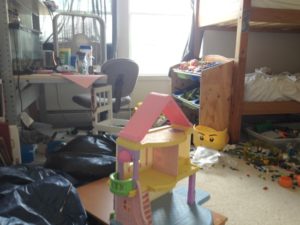 Cleaning up the Legos and sliding the large plastic containers under the bed has an immediate and positive impact on the space. Legos storage will be another post – we’ve gone through many ways of storing the thousands of pieces and this is the most practical so far.

We’ve had these three bean bags for a while and they may go in the future, but for now they’re off the floor and on the top bunk bed which doesn’t get used for sleeping.

Decluttering with the Kids

I have been making piles of items that I wanted to go through with my sons to see if they wanted to hold onto the random items or trash or donate them. A lot of the items look like random parts to me that should be thrown out,  but I’ve learned not to throw things out without asking. That thing that looks like junk could turn out to the be the pivotal piece that makes a particular toy complete.

My middle son, who tends to want to hold onto everything, went through his pile the second time and actually threw out more than half of the pile. He confirmed that most of the pieces WERE junk and could be thrown out!

I am seeing my children grow in clarity too. My son didn’t want to trash/donate any of his items before, but now that they have been sitting around for a couple of months, he can look at them now and evaluate if something is really worth keeping. That is progress!

Here are the after photos: 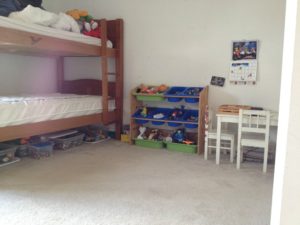 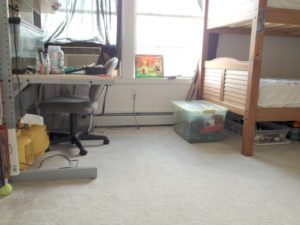 The whole room took about two hours from start to finish. We had a large trash bag of trash, and a trash bag of children’s clothes to be donated. Less clothes = less laundry!

Did you declutter anything this week? I would love to know!