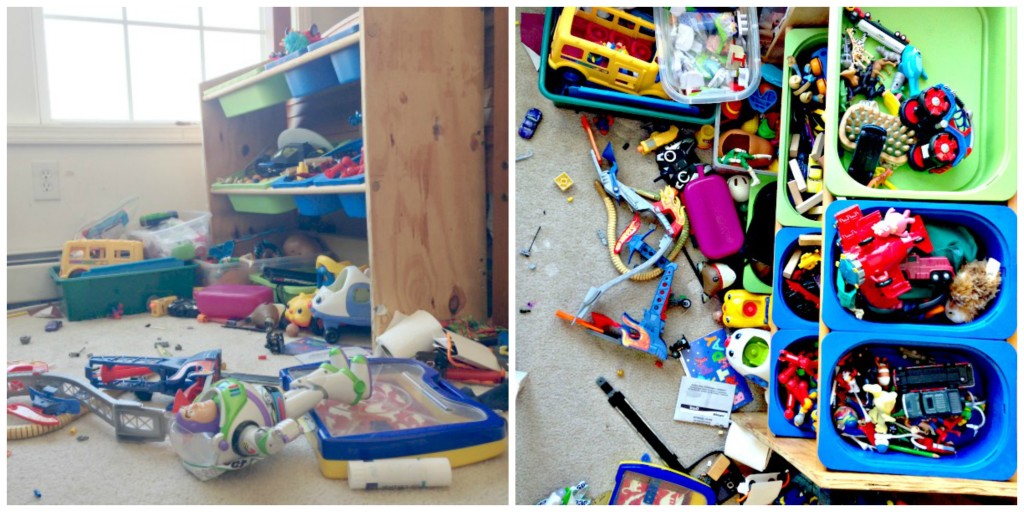 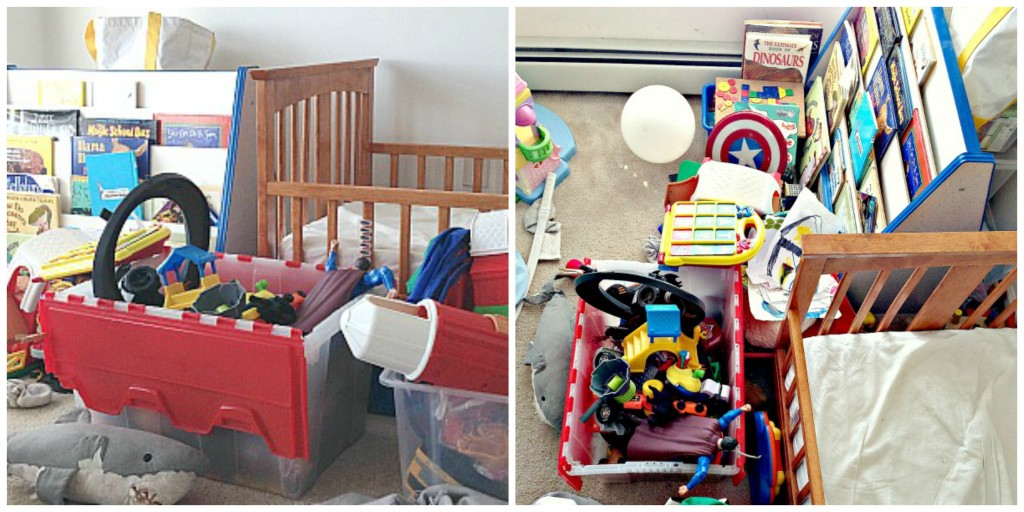 I’m going to be doing this first round when the children aren’t home, based on what I’ve observed are their most beloved and used toys. I’ll mostly be keeping my youngest son in mind as I declutter and decide what to donate and throw away. My two older sons are pre-teens and not interested in the toys that are overflowing in the bedrooms.

I’ve noticed that all three of my children are different in their attachment and sentimentality towards toys and objects. My oldest son has very few attachments to anything and can release things without a second thought. My middle son is much more likely to hesitate and want to hold onto something “just in case”. He is an inventor and creator, like his father; and like his father, he will hold onto broken things “for the parts”. My youngest son is a blend of his two older brothers.

I recently went through large plastic container of stuffed animals with my youngest and had him choose which ones he felt an attachment to. We were able to donate and discard 70% of the stuffed animals. He was happy with the ones he chose and they are now out on his bed, versus stuffed in a large Sterilite container.

When I read The Minimalist Mom’s statement above, I felt convicted. My lack of intention in the past has been the cause of the slow accumulation of toy clutter:

In the present, however, I feel empowered now to sift through the toys with intention. The promise of a more peaceful house is on the other side. Rolling up my sleeves…

Are you working on decluttering an area of the house this week? Does the statement “Kid Clutter is Actually Parent Clutter” resonate with you?