You are here: Home / At Home / Decluttering Your Home / Basement Clutter Tour

About six months ago my husband initiated “The Great Decluttering” of our basement – a space I have referred to as our “Area of Secret Shame”. Our area of shame may be bigger or smaller than yours. Our hope is that displaying this messy process will encourage you to start or continue tackling your “BIG” decluttering project. As we begin 2016, we wanted to give a basement clutter tour that documents how far we’ve come, and where we are currently. 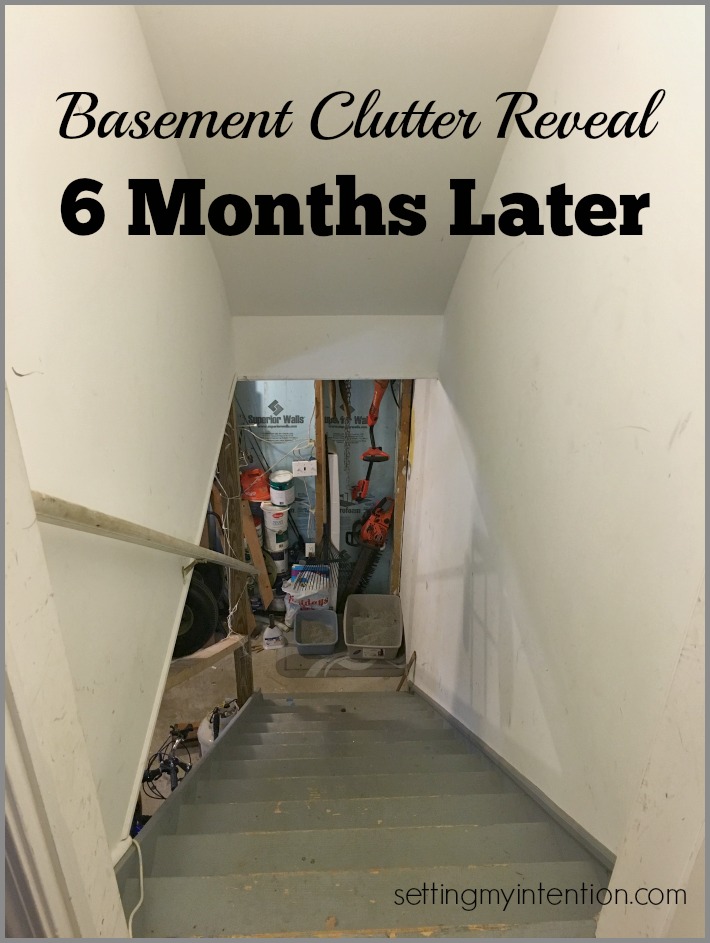 As I was writing the 10 Lessons Learned After a Year of Decluttering post, my husband commented that he’s learned a very important lesson as well. He said that the biggest lesson he has learned is “to stop fooling himself”. These are things he has confronted in himself:

You’re fooling yourself when you think this object is necessary in order for you to do whatever it is you want to do.

You’re fooling yourself when you define yourself by the things you do.

You’re fooling yourself when you don’t throw anything away.

He still sees the value in objects, but he’s come to a place where he doesn’t need to hold onto them. The greater value is in having an open space that is functional.

A lot of the clutter that is down in our basement is a result of lack of planning, lack of intentional use of the space, and using the basement as our dumping ground and storage area. We’re making progress in changing our ways.

I love the home tours that are all over the internet. The homes are usually so beautiful. They are homes I would love to live in…but it’s not my reality. I’m using the word “tour” here to showcase another reality that I know I’m not alone in.

Someday, our basement will be in a state where we can take the word “clutter” out, but for now it’s still in process. We are striving for progress, not perfection.

Here are before and after photos of 5 areas of the basement. The before photos were taken in June of 2015. First, are the stairs leading to the basement: 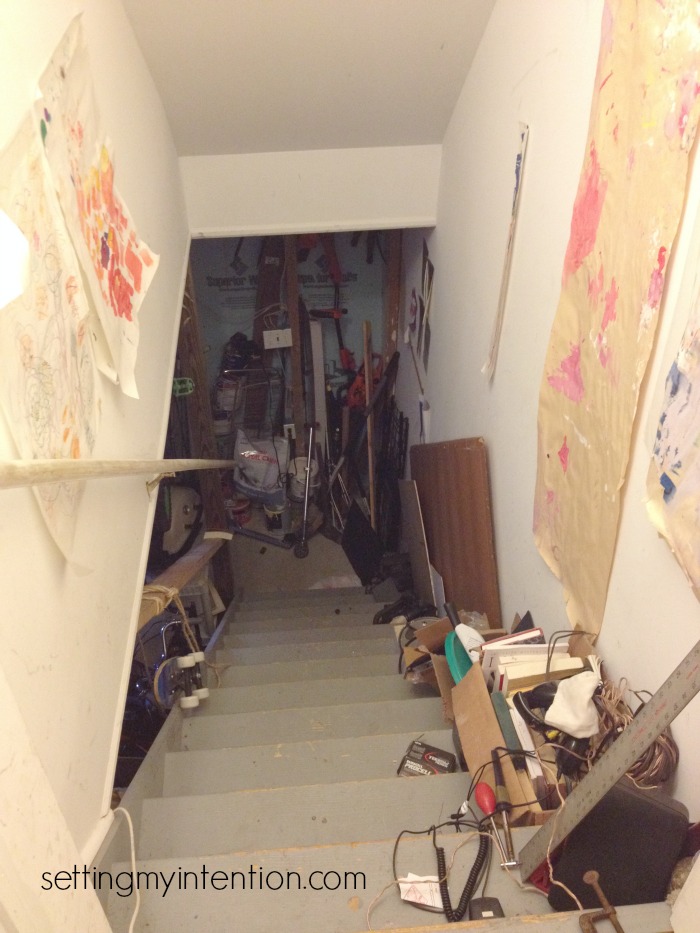 Before Picture of the Stairs – June 2015

We started by keeping our stairs clutter free. This has helped us in the other areas of our home. Keeping one small space clutter free encourages a daily habit of maintaining that space – which spreads to other areas. This worked for us in our kitchen.

Here are our stairs now: 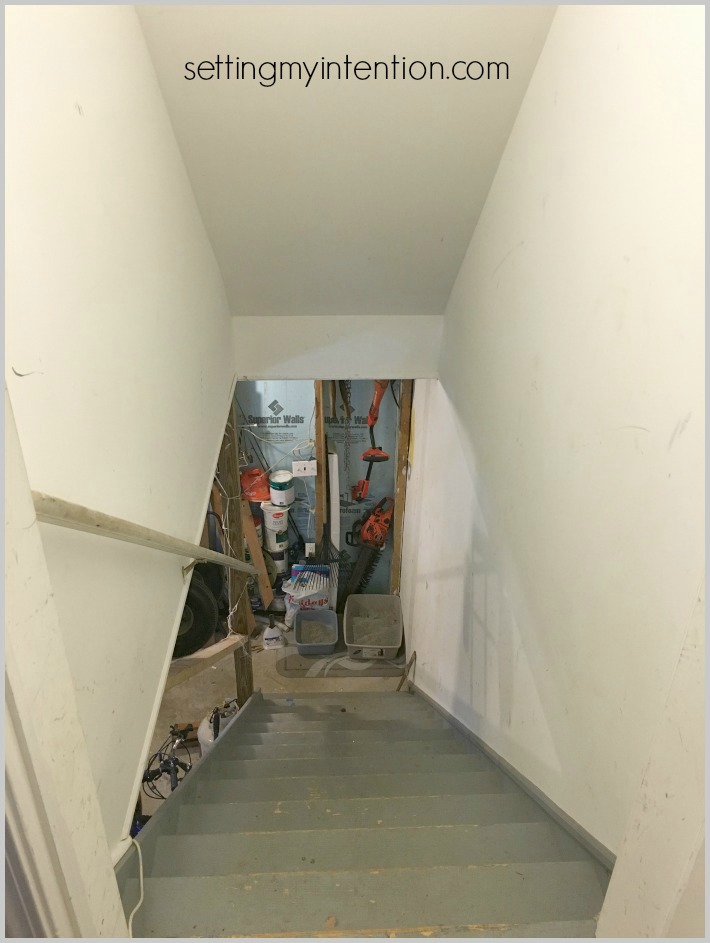 I tried to take the same angle for these photos, but they’re not perfectly similar. Here is the rest of the basement: 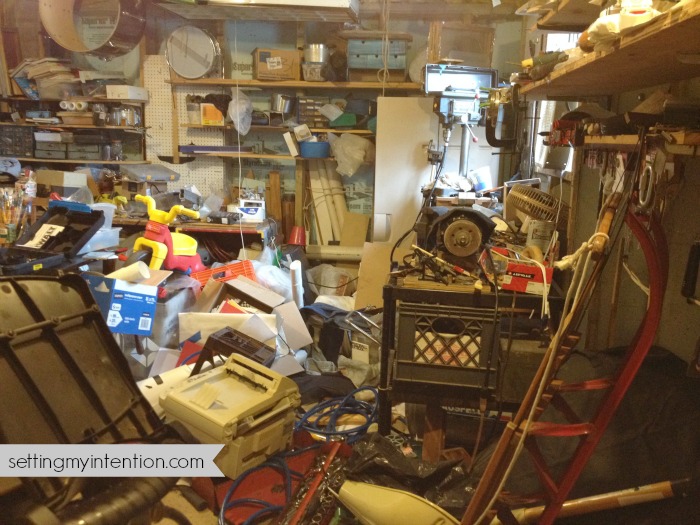 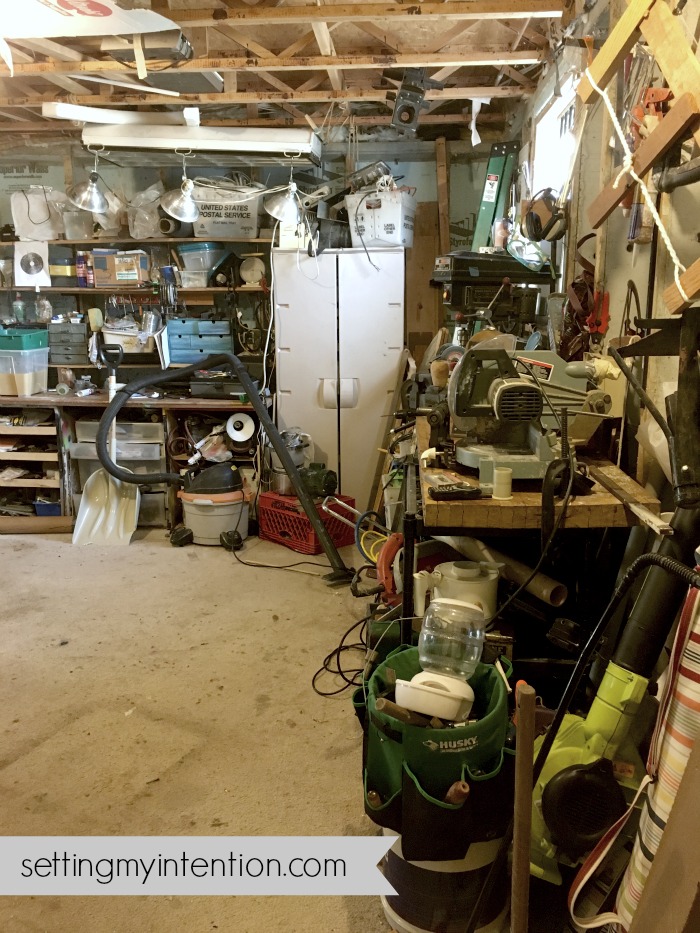 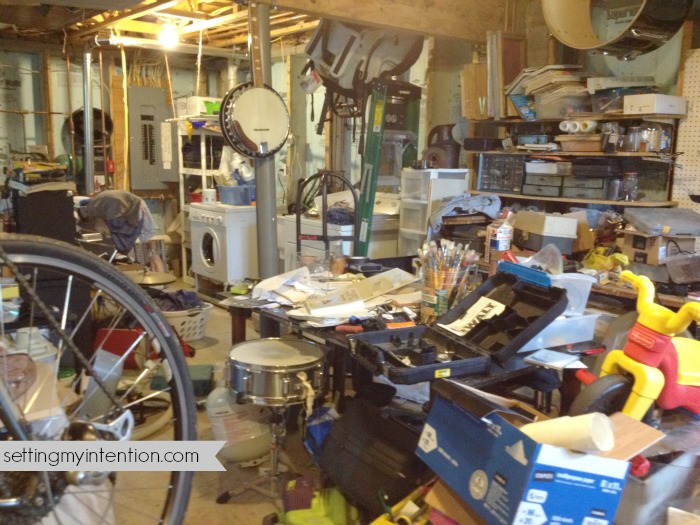 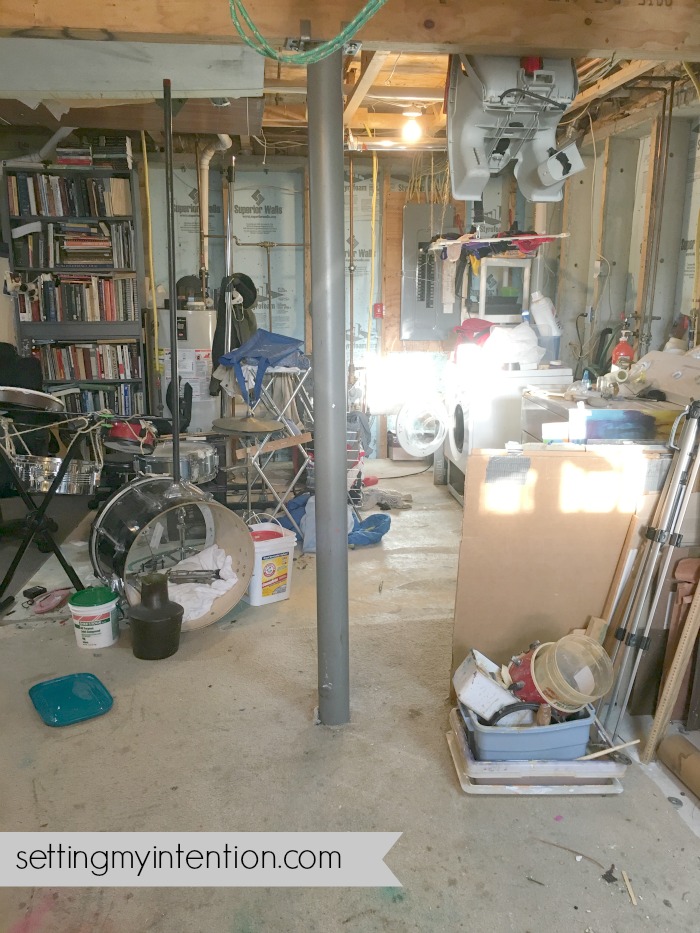 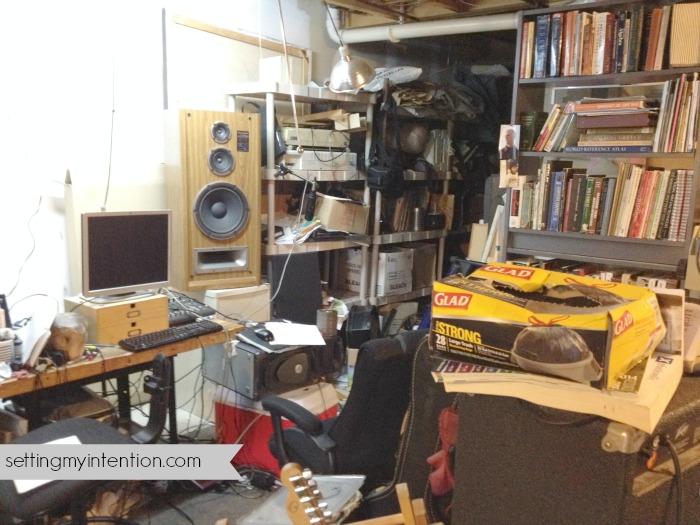 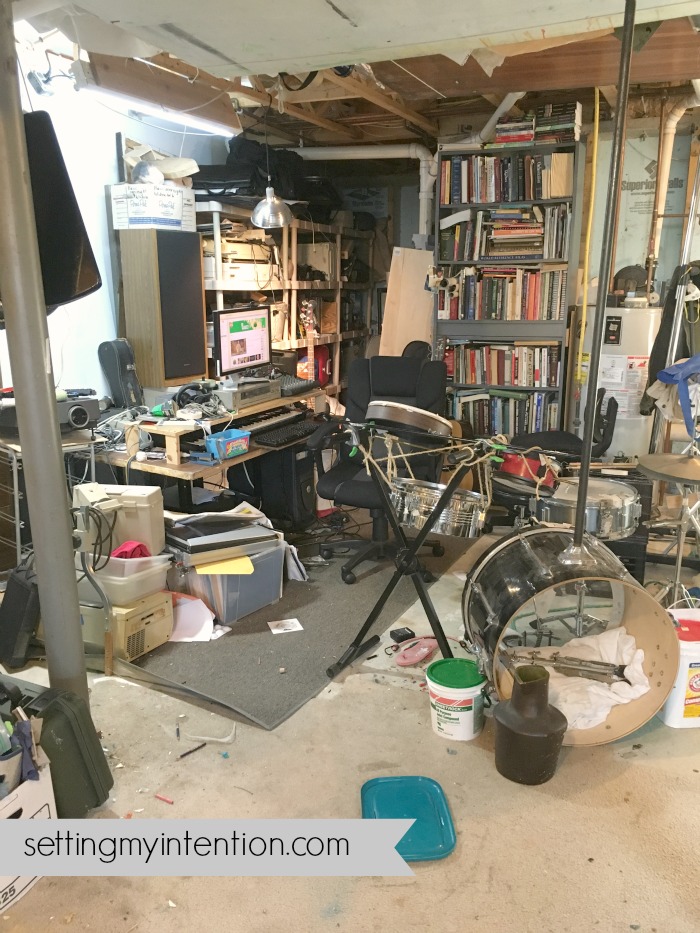 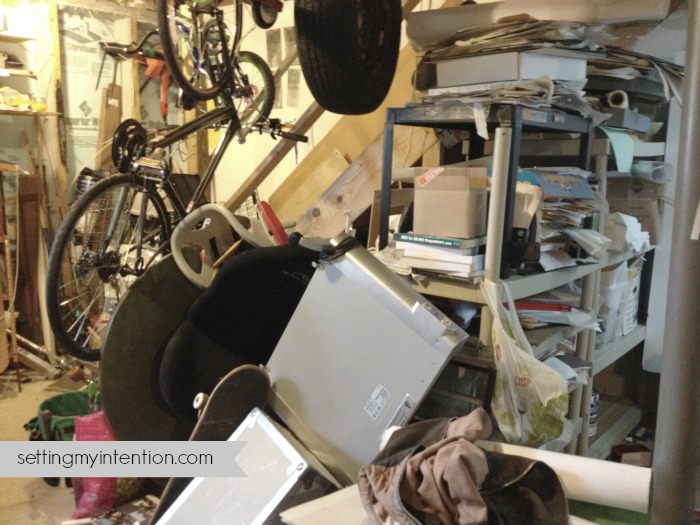 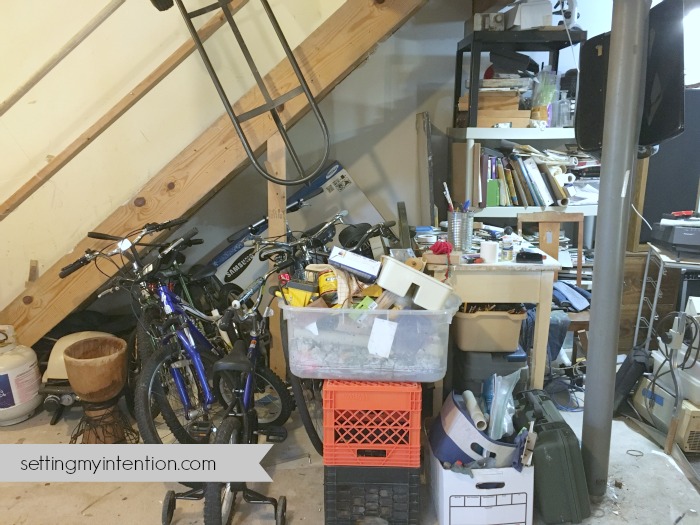 The biggest difference came after our initial sweep of garbage and recycling. It’s been slower progress since then, but definite progress. I’ve seen a change in my husband’s attitude towards “stuff”, for which I am so grateful. Even when I have decluttering fatigue, he continues to make strides alone downstairs.

This post will be shared at these link ups.

Do you have a large decluttering project you’re working on? How is it going? 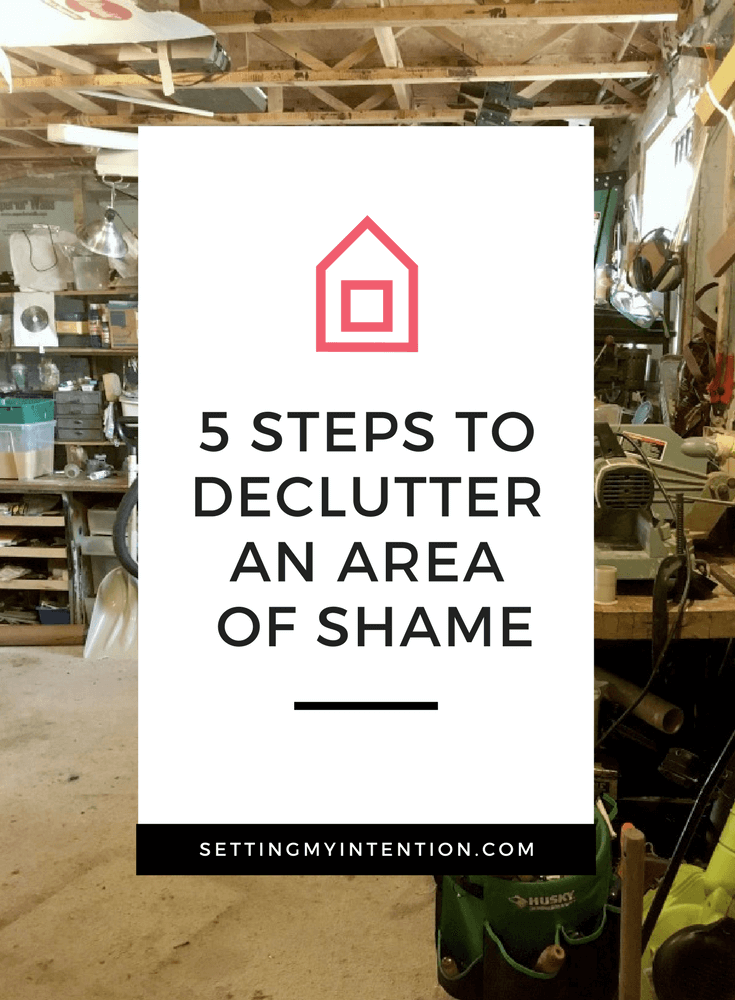