This series will be called Declutter Your Home and focus on smaller areas that need maintenance. I will also be sharing our progress in the basement at the end of the posts. 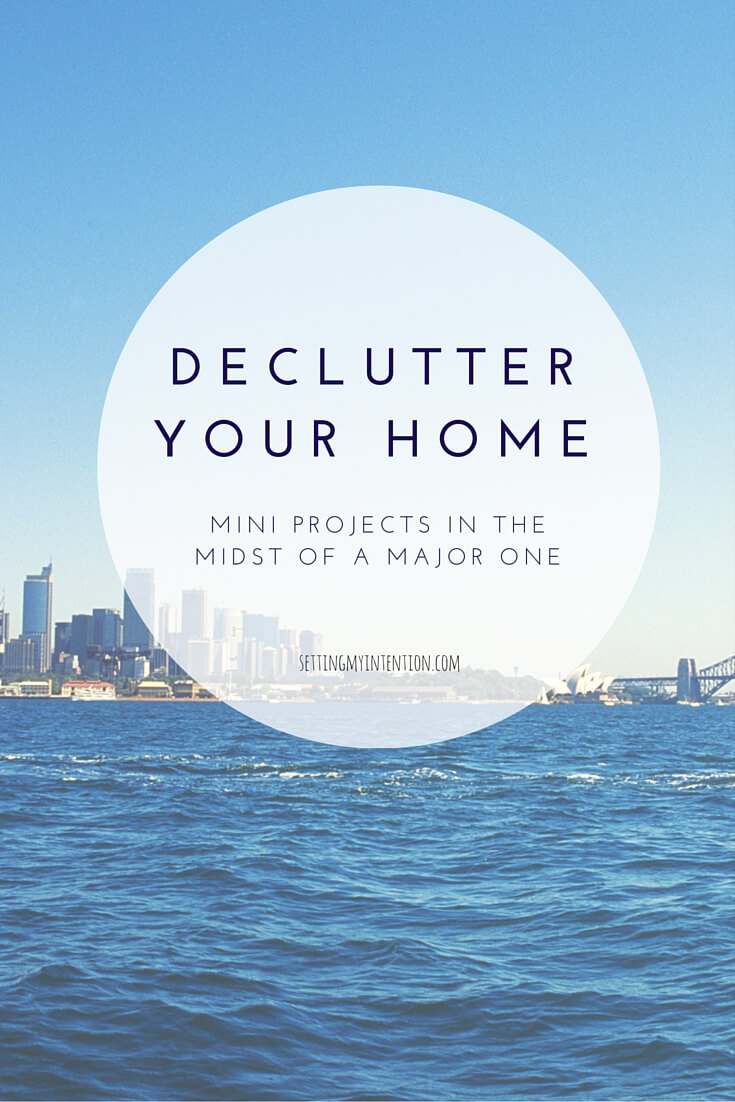 Declutter Your Home: Storage closet before

This space can be turned into a small bathroom one day. We currently use it as a storage space. Here’s a picture of our before: 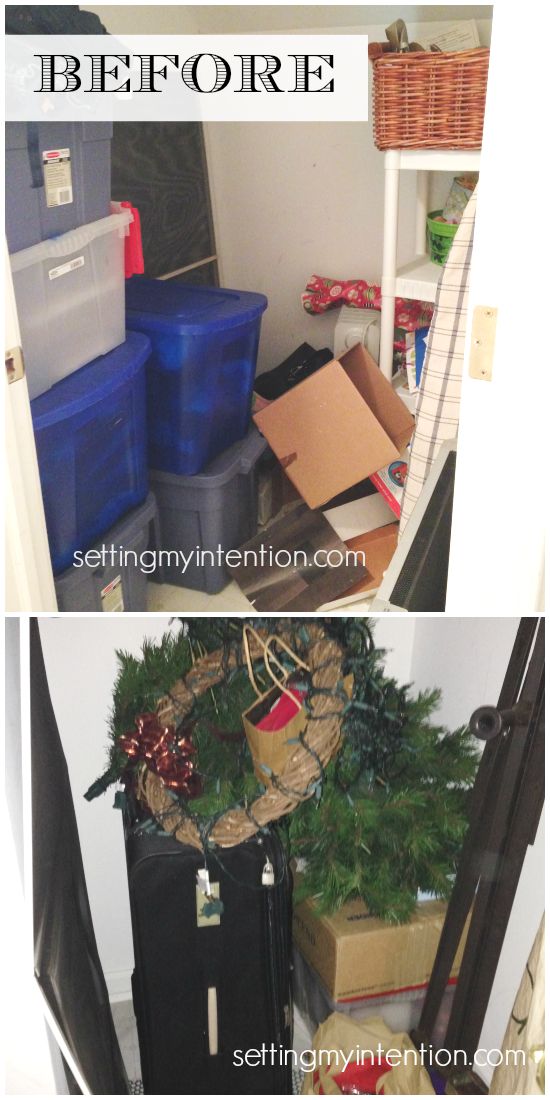 Getting Rid of the Obvious

This space has been decluttered a number of times. I keep chipping away at it through the years. Every time I go through it I find things to get rid of. The last time I went through it I donated my wedding dress.

This time there were empty boxes I had been storing in there for…I’m not sure what. It made a big difference to clear those out and put them in our recycling bin. I also had two large empty storage bins after we used the KonMari Method to purge and fold our clothing.

You can’t see it in the picture but we also had an Arm’s Reach Co-sleeper * (affiliate link) stored in there that had been used once or twice since our youngest outgrew it. I realized it was time to let it go. I put it on our neighborhood listserv and it was out the door the next day. It went to a pregnant lady who would immediately be able to put it to use. Let's pass on what we don't need anymore to bless others. #declutter Click To Tweet

The bottom before photo is the stuff behind the door. The fake Christmas tree was something I took when a friend was moving. Because I was thinking according to my old ways, I accepted it because it was free, and it made my friend happy to give it to me.

I actually have had fleeting thoughts in the past that having a fake tree might be a good idea. We usually travel to spend Christmas with family, so it feels wasteful to get a live tree and only have it for a short time, or to have no tree at all. We used the fake tree this past Christmas and it was fine, but not for us. We realized that as a family we really like to get real Christmas trees. It was time to throw out the fake tree.

Declutter Your Home: Storage Closet After 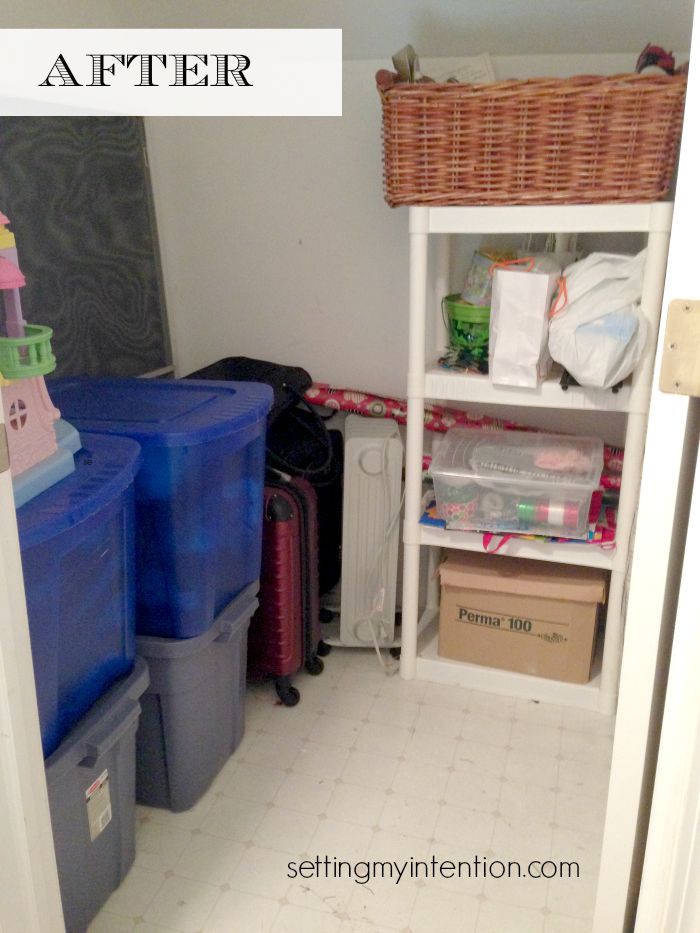 It feels so good to do something from start to semi-finish. There are sandals in that top basket that I know I can get rid of. There are also papers in that box on the bottom shelf which I can also get rid of. It’s not completely decluttered, but it’s organized for now.

Do you remember the area under the stairs? You can’t really see under there because of the shelves filled with paper. A few of our bikes were squeezed in there. It used to look like this: 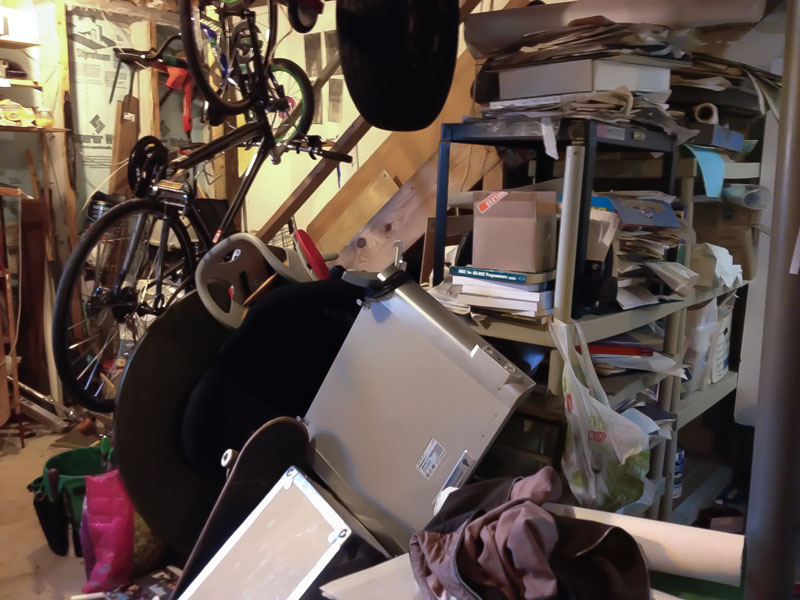 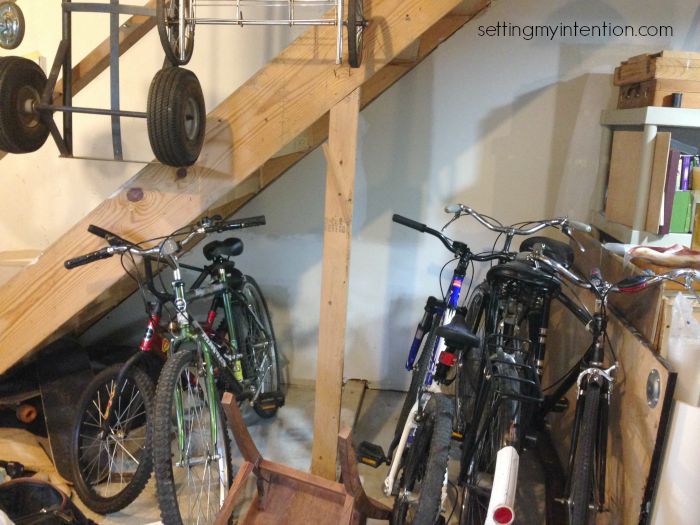 We can now store our bikes and move them in and out pretty easily. We would love to be able to keep them outside but theft is a real issue even when locked. One of the small costs of living in the city.

If you’re curious about the beginning of our major project (and more before photos), you might want to take a look at:

Are you tackling any mini or major projects? I’d love to know!

*if you purchase anything through my affiliate link, I may receive a very small portion of the sale – at no additional cost to you. Thanks for your support!