You are here: Home / At Home / Decluttering Your Home / MinsgameBOSS Complete

Today is November 30 and the minsgameBOSS is officially over. This was my first time participating in the minsgame, although I had heard about it before. 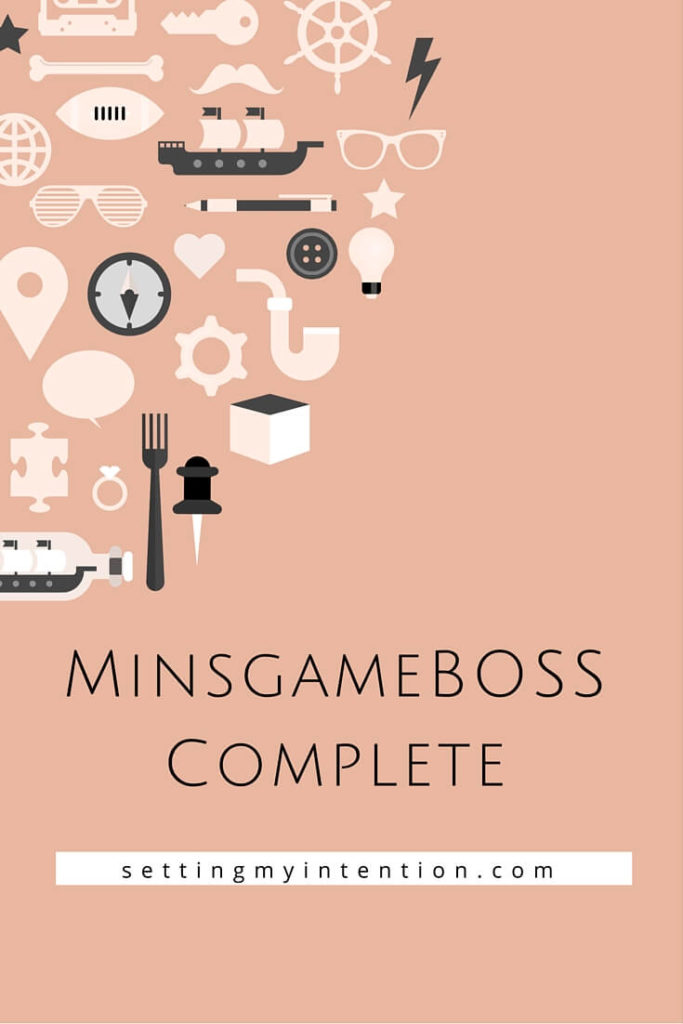 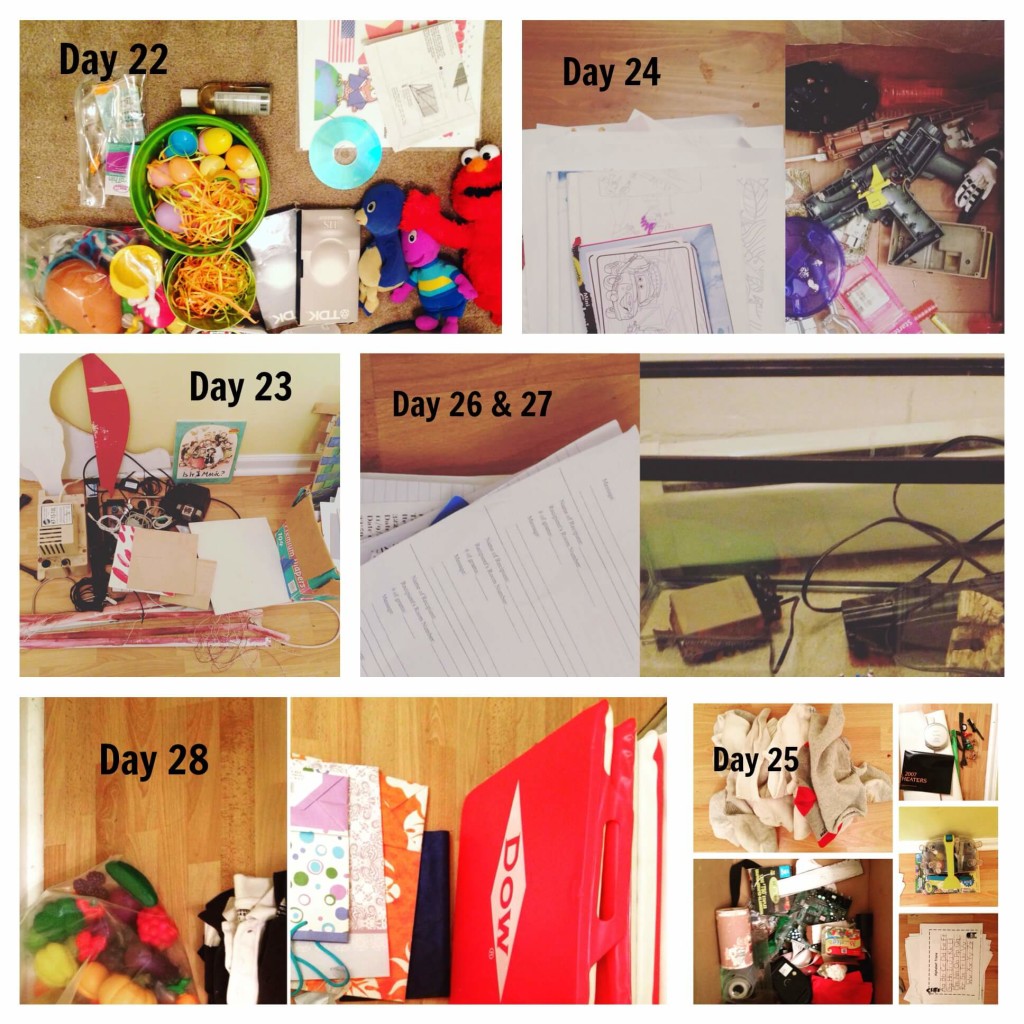 Day 25 was a rare occurrence during this challenge – all 5 of us participated! My oldest son hasn’t been participating as much because he honestly doesn’t have a lot of things to get rid of. Most of his toys, books, and clothes have been handed down to his younger brothers. He doesn’t have a lot of clothes because he wears a uniform through the week and he’s outgrowing his clothes so fast that I don’t buy him many items of clothes.

My youngest son has been the biggest participant out of necessity. He now owns all the toys, books, and clothing that have been passed down to him. Luckily, he’s a pretty decisive kiddo when it comes down to what he likes and doesn’t like. 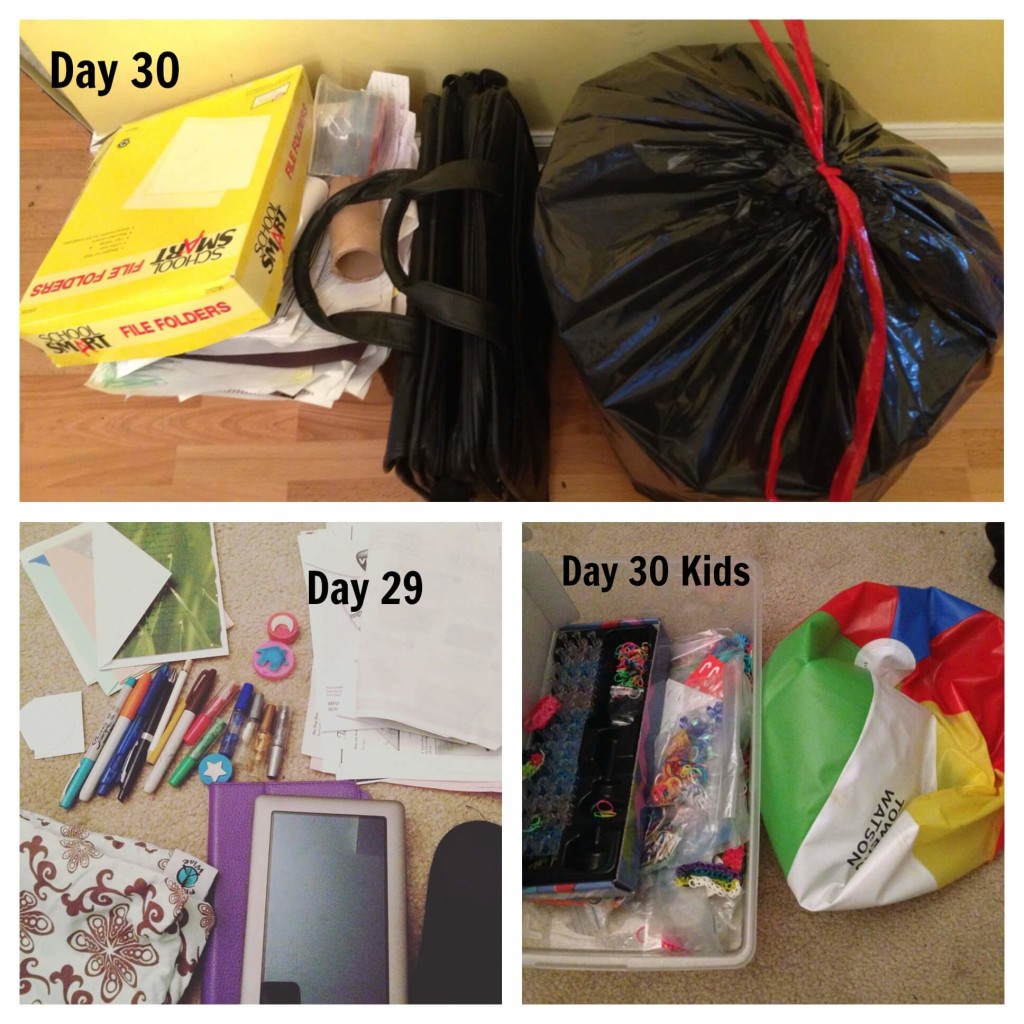 In Week 4 we got rid of 485 items plus boxes of recycling and bags of trash that weren’t counted. In total, we got rid of more than 1,144 items for the month. If we counted all the batteries and small items, we might have technically reached the 2,325 item goal for the month.

In the end though, the number of items you get rid of is not as important as the process. The minsgame and decluttering in general is about shedding those things from the past in order to live fully in the present and eagerly embrace the future, unencumbered.

The minsgame is more than a numbers game. It's a month long challenge to be brave and take action. Click To Tweet

I’m counting the month a success. The challenge has had me working with each child at one point or another talking about what is important to them, asking them to consider the items surrounding them. The biggest step for them has been taking action on decisions they make.

My two oldest will say, “no, mom, I don’t like that shirt/book/(insert item here)” That’s my opportunity to teach (or re-teach) them what steps they can take next (put it in the donation bag/throw it in the trash/put it in the recycling bin) instead of just leaving it to gather dust.

The challenge has also been just the thing to get me back in the basement working along side my husband. We’ve had several times through the month where we’ve tackled areas together and separately. We’re far from done, but we’re far from where we started when we revealed the before of our basement.

I’m not gonna lie – I’m glad the challenge is over! It definitely increased the challenge to do this with my family members, but was worth it in the end.

If you’ve been following along, thank you! If you want to try it in December or January, the group is going to remain live on Facebook.